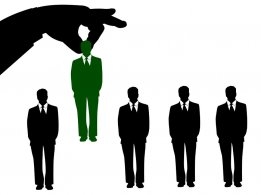 Alternative fuel start up e1marine has hired a managing director.

The Canadian joint venture aims to a make hydrogen a viable bunker fuel for ships.

"With one-third of the hydrogen this technology produces coming directly from water, e1 Marine is able to deliver readily available technology that reduces CO2 emissions by a minimum of 25% at a competitive price." Crawford told the shipping website Shipinsight.

Crawford said his company's system has been successfully trialled in power generation and with a fuel truck.

"It is now undergoing configuration for marine applications, both for the auxiliary power needs of larger vessels and for main propulsion on coastal and inland shipping."

The technology should be available in fourth quarter, he said.

Hydrogen is one of a number of alternative fuels under consideration by ship owners and operators.  Ammonia and liquified natural gas also feature with the latter being the most established to date.

Driving force behind the technological transformation of ship fuelling is robust regulatory regime which is more likely than not to become more stringent in the years ahead.

The Sapref refinery near Durban, run jointly by Shell and BP, began to restart production on July 21.

INTERVIEW: Bunker One CEO Bullish on Prospects for Year Ahead

Bunker One CEO Peter Zachariassen discusses his expectations for the company this year, its supply expansion in the US and plans for biofuel sales in Europe.