Futures Contracts for 0.5% Sulfur to Trade on NYMEX 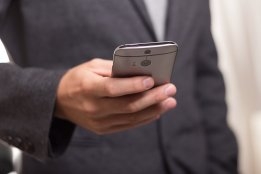 0.5% sulfur bunker fuel future contracts are to be traded on the New York Mercantile Exchange (NYNEX) from December 10.

Eleven contracts will be listed on the CME Globex electronic platform on December 9.

The contract will be cleared via CME Clearport and settled against S&P Global Platts physical marine fuel 0.5% assessments, according to the price reporting agency.

"The new assessments are to be named 'Marine Fuel 0.5%' and will be published initially for cargoes or barges loading from the key bunkering hubs of Singapore, Fujairah, Rotterdam, Houston and New York Harbor," Platts said.

Bunker fuel markets are expected to experience a high degree of volatility in the run up to IMO 2020 and in the months following the rule change.

Amy Barty is said to have extensive experience within the oil and financial markets.