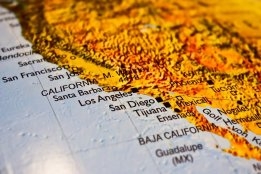 The charge against the accused, Emilio Heredia, alleges that he directed buy and sell orders via the price assessment service managed by S&P Global Platts in an attempt to influence the benchmark fuel oil price to the benefit of the companies he worked for.

The defendant could face a maximum sentence of five years in prison and a $250,000 fine, according to the report.

Heredia is facing one count of conspiracy, according to the Wall Street Journal.

In a statement cited by Bloomberg, Glencore said: "We note that one of Chemoil's -- and later Glencore Ltd.'s -- former employees in the US has been charged with conspiracy to manipulate the price of fuel oil in the LA market between 2012 and 2016."

The activity in the timeframe is said to have taken place in the Los Angeles fuel oil market.  Glencore is co-operating with the authorities, the Bloomberg report said.

Oil Soars As All Signs Indicate Bull Market Throughout 2022/23