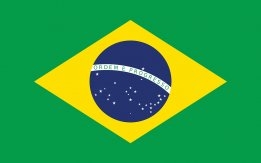 Brazilian energy producer Petrobras is set to cease bunker operations at the ports of Vitoria from later this year, the company said last week.

The company will cease bunker deliveries at Vitoria ports, including Vila Velha, Praia Mole and Tubarão terminals, from November 22, it said in a note to customers.

"This situation is due to the expiration of the current Tubarao's terminal wharf hire contract, which is the loading point of the barges used to deliver the bunker products to vessels operating cargo in this area," the company said.

"The closure will happen due to the terminal landlord's request, Vale."

Bunker supply will continue at all of the other Brazilian ports the company covers, it said.

Analysts now concede that demand recovery is moving forward after all.

Banking giant HSBC is understood to be behind two of the arrests as a result of a cargo-related dispute.