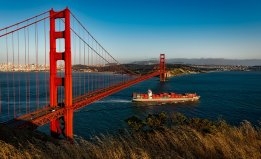 Plans by US refiner Phillips 66 to stop crude oil processing at its 120,000 barrels a day San Francisco refinery by the end of 2023 could mark the end of its fuel oil supply to the local bunker market.

Production at the plant is to shift to renewable diesel, naphtha and jet fuel production in early 2024, according to price reporting agency Argus Media.

The conversion will halt the production of residual fuel oil.

However, the change would not see the end of distillates supply as renewable diesel, which is chemically identical to traditional diesel, could be available to marine users, the report said.

IMO to Hold Remote Meetings for Remainder of 2020