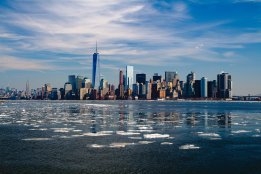 Minerva Bunkering has made a number of changes to its business in the U.S. including the consolidation of its sales, trading, and operations into hubs in New York and Houston.

While the restructuring means its local office in Long Beach has been closed as result, the supplier stressed this has no impact on its commercial capabilities in the market.

"Minerva has re-upped its commitment to the West Coast by recently signing a multi-year off take agreement with a major Canadian refiner encompassing 0.5%, HSFO, and MGO grades of fuel," a Minerva representative told to Ship & Bunker.

U.S. West Coast sales will now be covered by Captain Christopher Roberts, and Supply and trading by Mike Reilly.

Both are based in the New York office.