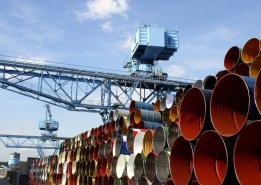 The much talked about coming disruption to the oil and refined products' markets has been given a timescale in a new study on the impact of restricting sulfur to 0.5% in marine fuel.

Although marine fuel is a relatively small part of the refined products landscape, the knock-on effect of capping its sulfur content is set to have a wider impact on the global market for refined products.

The disruption caused by the change, to start in just over six months' time, could effect the markets for one year or for as long as five, according to a new study by US-based Boston Consulting Group.

The shorter assessment would come about if the change was postponed to 2022, a move which would allow the refining sector to get in shape, the study said according to Reuters.

However, a longer period of disruption could be expected if the global economy falls into recession and ship operators do not widely comply with the regulation, thereby narrowing the price gap between high and low sulfur fuel oil.

Suggestions that the sulfur rule could be postponed have been slammed down by shipping's governing body, the International Maritime Organisation. The importance of industry compliance with the spec change has been taken up by shipping groups themselves arguing that a level-playing field among shipping companies is vital to the success of the 0.5% sulfur cap on bunker fuel.

However, ING says crude market could still swing into deficit this year.

The contract is set to last for six years from 1 April.