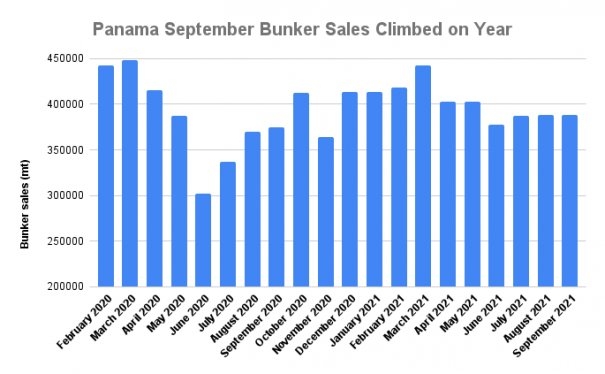 Bunker demand in Panama climbed on a yearly basis in September, but remained little changed from August's level.

Total sales reached to 388,027 mt last month, according to preliminary data from the Panama Maritime Authority (AMP). The total was up by 3.4% from a year earlier and down by 0.2% from August's level.

Global bunker sales are generally expected to see a faltering recovery this year from the lows of last year's COVID-19 crisis, with stops and starts in various parts of the world as lockdown measures are eased or tightened in response to infection levels. Bunker volumes in Singapore last month lost 6.7% from the same time a year earlier and dropped by 3.4% from August's level.

Consultancy BMT discusses how ports and harbours can protect themselves against extreme weather threats.