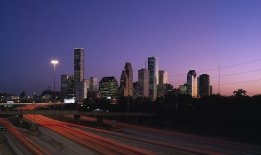 Jacobsen is due to speak at the IBIA Annual Convention 2022 in Houston in November. File Image / Pixabay

Port congestion shifting to the US Gulf is boosting bunker demand in the region, according to global marine fuels firm Monjasa.

Congestion at the ports of Los Angeles and Long Beach is starting to shift to the US Gulf and East Coast, Rasmus Jacobsen, managing director for the Americas at Monjasa, told Ship & Bunker on Friday.

While overall container traffic at Houston is down by 13% on the year, loaded TEU imports and exports are on the increase, with larger vessels handling more containers, he said.

"This situation does not cause too much pressure on the local marine fuels logistics, but of course ultimately increases consumption and lifting of more bunkers," Jacobsen said.

"The current global trade environment and derived volatile oil and shipping markets make any kind of forecasts difficult, but currently we are seeing no signs of a trend fall-off.

"One potential barrier to growth at this point would be a strong hurricane season, which has previously affected port activity levels negatively from August through October."

But increased activity in Houston does not appear to be spilling over to competing bunker markets like Panama to avoid delays, he added.

"Based on our own logistics, this is not something that we are experiencing," he said.

"Managing multiple loading terminals and long-stretched bunker operations across the massive port area comes with some built-in complexities, however, extended delays is not an issue.

"In fact, we believe that for the vast majority of all inbound ship traffic to the Houston Greater Area taking bunkers elsewhere is also not a likely scenario considering this unique location of the oil and gas industry, refineries and related sectors, which continue to represent important market drivers."

For more information and to register for the event, click here. If you would be interested in participating as a speaker or panellist, contact IBIA's global head of marketing and events, Sofia Konstantopoulou, at sofia.konstantopoulou@ibia.net.