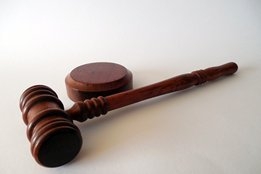 Fratelli Cosulich and Bomin have been hit with a bad bunker claim originating from fuel lifted by bulk carrier Daiwan Elegance in November last year.

The action has been brought by the vessel's charterer, Switzerland-based Amaggi SA, court documents filed in the District Court For the Eastern District of Virginia Norfolk Division show.

Amaggi says it placed the order for bunkers with Fratelli at the end of October 2018, who in turn ordered the marine fuel from Bomin.

The bunkers were delivered on November 3, 2018 at Port of Hampton Roads and the vessel began consuming them the following day.

On or about November 5, 2018, the vessel began to suffer machinery problems, the claim states, as a result of the defective fuel.

The vessel ceased using the alleged faulty fuel on November 10.

Fuel quality tests in March and April the following year were said to have shown issues with a number of specification parameters, including that the fuel had elevated density of 993.4 kg/m3 and 994.1 kg/m3 compared to the intended upper specification limit of 991.0 kg/m3.

Amaggi says it has now returned the vessel to its owner, Navision, with the faulty fuel still onboard and faces potential arbitration for the recovery of damages resulting from the deficiency of the fuel.

Amaggi is seeking to be indemnified by Fratelli and Bomin for all damages arising from the bunker sale.