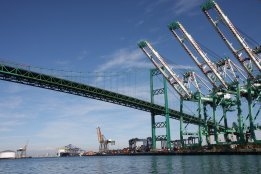 The US West Coast ports are suffering from the downturn in global container markets. File Image / Pixabay

Ports on the west coast of the US took the lowest share of the country's total container imports since the early 1980s last month.

The container markets have been in turmoil in recent weeks, with abnormal strength during the COVID-19 era shifting into a rapid downturn in the face of expectations of global recession.

Container ships are the largest consumers of bunker fuel by shipping segment.

Bunker market participants should to more to reach out to each other across the world to find solutions to each other's problems, according to consultant Eric Evans.