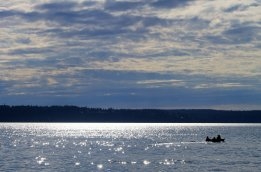 The authorities in the US state of Washington have proposed a temporary ban on the discharge of washwater from scrubbers in Puget Sound, near Seattle, while its effect on the marine environment is studied.

The state's Department of Ecology made the announcement at an online public meeting on Tuesday, according to environmental group Stand.Earth, which had sought a total ban.

The Pacific Ocean inlet of Puget Sound, to the west of Seattle, attracts significant cruise traffic, and a large number of these vessels are now equipped with scrubbers.

Environmental groups are concerned over the potential impact of scrubber washwater on the marine environment, and several port and national authorities have cited these concerns in banning its discharge in their waters. The scrubber industry largely rejects these accusations, saying its own research has found the level of risk to be acceptable.

Washington's Department of Ecology and the Port of Seattle have now suggested a third-party study on the issue be carried out next year, with a temporary ban on scrubber washwater until the study is completed.

The firm has now received samples from one of its units run by Greenfield Energy in Utah.