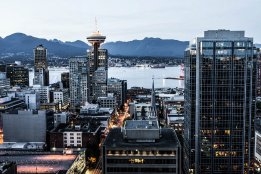 Recent rises in bunker prices have prompted Canada's BC Ferries to increase its fare prices.

"When fuel prices are higher, BC Ferries charges a fuel surcharge specifically designed to cover the additional cost of fuel only," the firm said in the statement.

"The company does not benefit financially from surcharges or rebates."

BC Ferries now operates five ferries on LNG, as well as two with hybrid electric propulsion systems and four more on order.

The system was ready by the start of this year, but its entry into service was delayed by travel restrictions.

The city-state's total demand fell to 4.1 million mt in July.

The firm has signed an agreement with Norway-based I P Huse to produce its largest products.