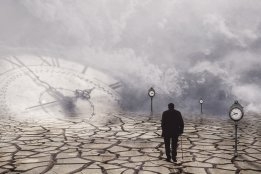 "It's another dimension of things we have to look at, but we're optimistic we'll be able to do that."

Where previously three to four days of advance warning was needed, that has now increased to seven to ten days, CEO Gary Vogel said in a presentation to analysts Wednesday.

Vogel acknowledged the increased difficulty of securing HSFO supplies was adding complexity to the company's operations, but was enthusiastic about the financial advantage of having the majority of its fleet equipped with scrubbers.

"It's another dimension of things we have to look at, but we're optimistic we'll be able to do that," Vogel said.

Eagle Bulk is on course to have 41 of its 50 ships fitted with scrubbers by the end of the first quarter.

The company was keen to have the installations complete as soon as possible after 1 January, as it expects to see the widest price spreads between HSFO and very low sulfur fuel oil (VLSFO) at the start of the year.

For its remaining vessels consuming VLSFO, the company has not yet experienced any problems with compatibility or availability, Vogel said.

The design can work with low-density as well as conventional bunker fuels.