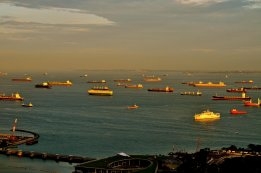 A rush of vessel arrests appear to have been carried out in Singapore at the end of last week, with four ships detained there since Thursday.

The clean products tankers Kirana Hasta and Kirana Santya and the Aframax tanker Kronviken were arrested on the evening of August 27, and the multi-purpose vessel HL Osaka was arrested on the afternoon of August 30, according to a list of ship detentions on the Singapore Supreme Court's website.

The reasons behind the other two arrests are unclear, but are likely to do with disputes over the payment for goods and services.

Smaller operations that do not always stay the course are sometimes outperforming their larger competitors in Fujairah, according to local supplier GPS Bunkers.