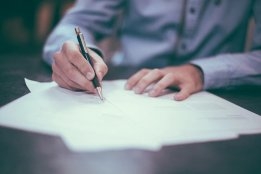 The contract starts in May 2023 and carries two extension options running to eight years in total, Pan Ocean said in a statement released on the Singapore stock exchange.

The move will net the firm $55 million in sales, it added.

The 18,000 cubic metre capacity bunker ship is to built at the South Korean shipyard of Hyundai Mipo, according to local press reports.

Shell, which is committed to the development of LNG as bunker fuel, already has six LNG bunkering vessels under charter.

The company is looking for candidates with previous bunker trading experience.

World's Largest Boxship to Run on HSFO With Scrubber

The launch of the new vessel demonstrates the long-term prospects for HSFO's use as a bunker fuel.