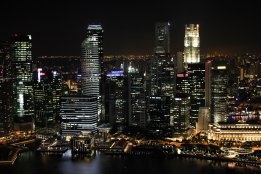 Singapore's High Court has granted a winding-up order against Southernpec, formerly a bunker supplier registered to operate in the city-state's waters.

The notices advise creditors to file their proof of debt with the company's liquidator, Wong Joo Wan of Alternative Advisors.

Southernpec was Singapore's 30th-largest bunker supplier by volume in 2018.

The firm will put on hold any spot freight rate increases from September 9 to February 1.

Bunker supplier Pertamina Patra Niaga carried out the first VLSFO bunkering in the strait on Friday.