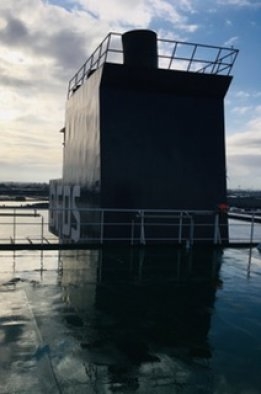 High sulfur fuel oil has retained its hold on the global bunker market on the back of scrubber use, according to industry consultant Adrian Tolson.

Very low sulfur fuel oil, which came onto the market just under two years ago, accounts for two-thirds of global marine fuel demand, a share that may well fall as alternative marine fuels establish a greater presence.

Market uncertainty held sway over refinery investment decisions in the run up to sulfur fuel oil change keeping the suppy of heavy fuel oil and the adoption of scrubbing technology open to ship operators.

The market impact of scrubbing can be seen in Singapore where demand for high sulfur fuel oil grades is steady at around a quarter of the port's marine fuel demand.

While scrubbers carry an initial cost, the payback period is competitve when set against other options, Tolson said in a pre-recorded interview for a Platts energy conference.

Scrubbers remove sulfur from emissions at the ship's exhaust and that means that ships can continue to burn high sulfur bunker fuel.  The sulfurous residue or washwater is either discharged into the sea (open loop) or retained onboard (closed loop) for later disposal.

Environmentalists have been critical of the former practice.

Wärtsilä to Offer Future Fuels Retrofits From Next Year

The company plans to launch its two-stroke future fuels conversion platform in the first quarter of 2022.