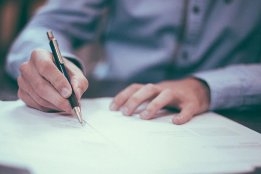 Nippon Yusen Kabushiki Kaisha (NYK) has signed another partnership MoU with a view to exploring LNG bunkering operations in the Setouchi and Kyushu areas of Western Japan.

Along with partners Itochu Enex Co., Ltd. (Itochu), Kyushu Electric Power Company, Incorporated (Kyushu) and Saibu Gas Co., Ltd. (Saibu), the quartet are mulling activities that include marketing LNG to consumers of Kyushu for its LNG-fueled coal carriers that are scheduled to be delivered in fiscal 2023, as well as the building and owning ship-to-ship LNG bunker supply vessels.

NYK has a long held interest in LNG bunkering in Western Japan, having signed a similar coopoeration MoU with Saibu back in 2017.

The company's first barge is due for delivery later this month.