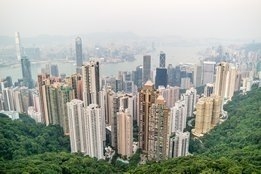 Bunker sales volume at Hong Kong-listed COSCO Shipping International have been all but wiped out following the collapse ofCoastal Oil Singapore Pte Ltd.

Commenting in its latest 2019 interim results report, the firm said its total sales volume of marine fuel products for the six months ended June 30, 2019 was 6,277 tonnes, representing a decrease of 99% compared to the 1,047,818 tonnes sold in same period of last year.

In January Coastal Oil was hit with debt fraud allegations and has filed for liquidation.

"In view of the liquidation filed by Coastal Oil Singapore Pte Ltd, a major supplier of Sinfeng Marine Services Pte. Ltd., at the end of 2018, the Group purposely trimmed down Sinfeng’s business in order to further prevent and control risks, which resulted in an impact on the business," the company said.

"The decrease in revenue was mainly as a result of purposely trimmed down marine fuel business by the Group after taking into account the risk factors," the firm added.

The drone has been provided by the European Maritime Safety Agency.