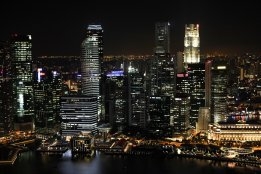 Coastal Oil was based in Singapore. File Image / Pixabay

Creditors of defunct bunker supplier Coastal Oil Singapore are set to receive a dividend from the company's liquidators.

Creditors have until December 6 to notify liquidators of their claim, according to a notice published in Singapore's Government Gazette on Monday.

In May former chief financial officer Ong Ah Huat was given a prison sentence of nine years after pleading guilty to 15 charges related to using forged documents to access about $320 million in loans.

Shell describes LNG as 'a fuel in transition'.

Quantship was created through Singapore's Entrepreneur First program in 2019.