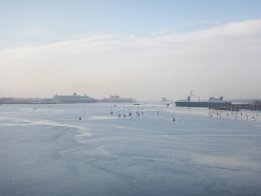 Japan has agreed a basic fuel specification for IMO2020 compliant fuel and confirmed that is is safe to use, an International Maritime Organisation conference on IMO2020 has heard.

Director of maritime policy at Japan’s ministry of transport Shin Imai said that an industry roundtable convened by the ministry to look at the implications of the 0.5% global sulfur cap on bunker fuel raised concerns that sludge might be produced when different fuels were mixed together in ships’ fuel tanks.

Imai said that Japan’s refineries were asked for samples of compliant fuel and 250 were tested. “No compatibility problems were found,” Imai told the conference.

No sludge was produced and normal combustion was maintained, he said.

IMO2020 grade fuel has been available in Japanese ports from October.

The symposium on IMO2020 and alternative fuels is taking place at the IMO’s headquarters in London today and tomorrow.

The company has joined industry body the International Windship Association.