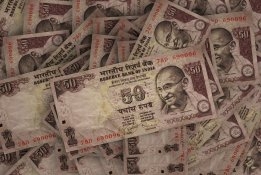 India's state-run shipping line, SCI, is to choose low sulfur fuel oil over emissions abatement equipment in order to meet the global 0.5% sulfur cap on bunker fuel as it will not have a pay-back period.

Earlier this year, the company had said it was looking at the equipment, more commonly referred to as scrubbers, but has now decided against it.

“We are not putting in any scrubbers whatsoever,” company chief executive Anoop Kumar Sharma was quoted as saying by business news provider the Hindu Business Line.

“In the beginning, we were thinking of installing scrubbers on our very large crude carriers and suezmaxes, but then, the more we studied (the matter), we realised that we will not have a pay-back period.

"As of now, we are buying high sulphur fuel, but come October, we’ll start buying low sulphur fuel,” the executive was quoted as saying.

A ship with a scrubbing unit carries an economic advantage by using cheaper, high sulfur fuel oil but its operator must shell out $5 million on the cost of installation.

The firm has invested $1.5 million into Rise-X.

By the end of 2023 the firm plans to have rolled out its Service Power Package across its nine cruise line brands.