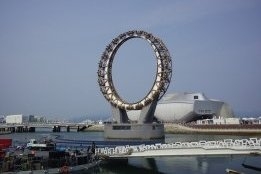 A ship detained by the South Korean authorities for allegedly supplying oil to North Korea may have been carrying bunker fuel.

Industry sources told oil price reporting agency Platts the ship, the Hong Kong-flagged 16,500 deadweight tonne Lighthouse Winmore, was most likely to be carrying bunker fuel rather than cargo when it was stopped.

Six hundred metric tonnes of fuel oil were transferred in a ship-to-ship operation to a North Korean ship on the high seas, a Platts report said.

But industry sources say that the material transferred would most likely have been fuel oil or marine gasoil.

The Lighthouse Winmore has been docked in the South Korean port of Yeosu since the end of November, according to Platts' data.

Political tensions on the Korean peninsula are running high as the United Nations has increased economic sanctions against the North Korean regime.

Two Hires for Dan-Bunkering in Dubai

The firm is looking for candidates with a relevant education and experience in either shipping or sales.

The addition of last year's total means some 82 methanol-fuelled ships are now on order or in operation.