Singapore Barging Costs may Double in Run-up to IMO2020: Report 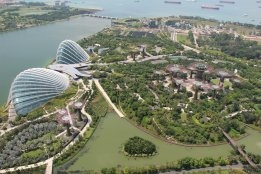 Bunker barging costs in Singapore could nearly double in the run up to IMO2020, according to SP Global Platts.

Citing market opinion, the price reporting agency has reported that fewer barge turnarounds in 2020 could exert upward pressure on costs.

"The current barging fees in Singapore for IFO 380 CST are around $6-$8/mt, but it's likely to trend up due to less barge turnarounds in 2020," a bunker supplier in Singapore was quoted as saying by the agency.

Barge turnarounds for the supplier's company were expected to fall from a typical eight to nine times a month to about six a month, according to the report.