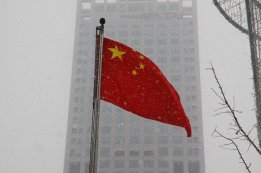 A growing share of the world's bunker fuel will soon come from China. File Image / Pixabay

China has set out its plans for an expanded role in the global bunker market at the launch of its low sulfur fuel oil futures contract in Shanghai.

The announcement underlines how changes in China's tax system this year have set the stage for its ports to take away some market share from Singapore and other bunkering locations in the region.

Exports in the form of bunker sales at Chinese ports have already begun, and prices at Zhoushan have slipped relative to Singapore since then.

VLSFO prices at Zhoushan have been at an average discount to Singapore's levels of $4.16/mt in the second quarter so far, according to Ship & Bunker prices, down from a premium of $20.56/mt in the first quarter.

Chinese fuel oil output surged by 68% on the year to 3.09 million mt in April, according to data from the country's National Bureau of Statistics.

Monday's launch of the marine fuel futures contract on the Shanghai International Energy Exchange will also boost China's influence in the bunker market. Reuters cited market sources as saying with few competitors, the contract stands a fair chance to grow into an Asian benchmark for shipping fuel.

The engine is the first to feature the company's new pump vaporizer unit, which improves LNG flow between the engine and supply system.

The organisation has tested a number of MGO samples from Singapore in the past month with flash points of 57 to 59°C.