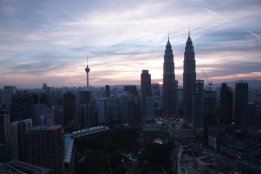 The company currently carries out bunker operations at 14 ports in the region. File Image / Pixabay

The division's revenue jumped to 659 million ringgit ($151 million) in 2019, up from 256 million ringgit a year earlier, the company said in an earnings report this week.

"The Group's strategy to expand its product line beyond its bunkering of MGO which is mainly for vessels in the oil and gas sector, into the MFO market has opened up a new customer base of international container ships in the maritime transportation industry," the company said.

"It has opened up tremendous business opportunity and widening the market base."

The company currently carries out bunker operations at 14 ports in the region, it said.