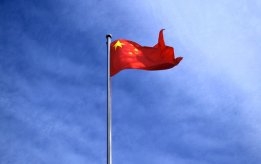 LNG is the most established alternative bunker fuel, with supply set up at most major hubs and several hundred ships now running on natural gas. But ships with gas-powered tonnage are increasingly calling for bio- and synthetic LNG to be made available to them as well as a means of further cutting GHG emissions.

The industry bodies argue it is 'crucial' for the EU-ETS regulation to take in a full well-to-wake picture of the emissions footprint of alternative fuels.