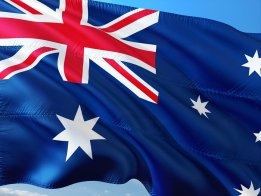 Global energy producer BP has concluded there is potential for large-scale green hydrogen and ammonia production in Australia.

The firm has conducted a feasibility study showing a possibility for Western Australia to use its large potential wind and solar resources to produce green hydrogen or ammonia for export, it said in a statement on its website on Wednesday.

The study "simultaneously considered the financial ‎and technical implications for a fully integrated renewable hydrogen and ammonia supply chain," the company said in the statement.

"It considered three different hydrogen production technologies, and the plant power ‎source was modelled as a mix of solar and wind with some battery support."

The study also concluded that more research would be needed to analyse the potential economic returns from such a project, but that 'significant scale' would be required to make it commercially viable.

The company has extended the Monjasa Oil & Shipping Trainee programme to cover all of its offices this year.