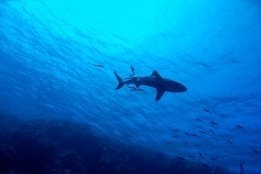 Singapore's decision to ban the operation of open-loop scrubbers has not gone unnoticed by other regional marine authorities.

Australia's Maritime Safety Authority (AMSA) has said that it is working closely with other coastal bodies over the "potential impacts" on water quality from open-loop units.

"AMSA understands that prohibitions overseas on open-loop scrubber discharges have been applied in select ports and enclosed waters," a spokesperson for the AMSA said in an email to Ship and Bunker.

"The authority has been working with stakeholders on the transition to the new 0.50% sulphur standard and the range of supporting measures being developed by the International Maritime Organisation.

"As part of this transitional work, AMSA will be engaging closely with the Great Barrier Reef Marine Park Authority and State/NT authorities regarding the potential impacts of these discharges, taking into account Australian water quality standards, to determine the regulatory requirements for Australian waters."

Open-loop scrubbers discharge waste water back into the sea whereas a closed-loop scrubber system retains the wash water for later disposal.

The environmental impact of open-loop scrubber has been hotly debated. Advocates such as Clean Shipping Alliance 2020 (CSA2020) and the Exhaust Gas Cleaning Systems Association (EGCSA), which promote the take up of scrubber technology, dispute the charge that scrubber wash water is harmful to the environment. They says that scrubbers should form part of shipping's environmental response for as long as ships are using oil-derived fuel.

In Europe, a number of ports as well some inland waterways have prohibited wash water disposal and according to a recent report by North P&I, Lithuania and Latvia are leaning towards a ban.

United Arab Emirates also has certain rules on the matter.

According to one observer, ships equipped with open-loop units can switch to distillate fuel when in port. However, such a move might be more problematic if open-loop scrubber operation was banned from a state's coastal waters.

The company won the $626.7 million order to build the vessels at the Hyundai Mipo Dockyard.