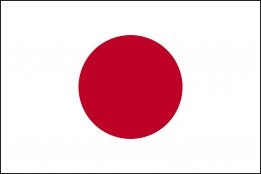 Japan appears unlikely to implement its own version of the EU-ETS for shipping. File Image / Pixabay

Japan's government has expressed its opposition to the European Union's long-awaited plan to include shipping within its emissions trading system.

The European Commission is expected to announce the plan next month. Japan opposes the idea because it could undermine the work being done at the International Maritime Organisation to charge the shipping industry for its carbon emissions at a global level, price reporting agency Argus Media reported on Monday, citing letters written by Shinichiro Otsubo, director general of the maritime bureau of Japan's transport ministry.

"Such unilateral regional actions would not effectively reduce the GHG emissions in this global sector but would even discourage investments in decarbonising technologies and hinder global momentum to establish further measures at the IMO, particularly the global market-based measures," Argus cited Otsubo saying in letters addressed to European Commission officials.

Japan's opposition to the idea is unlikely to sway European opinion, but it does mean that Japan's government is unlikely to follow the Europeans in setting up its own emissions trading system for shipping on a regional basis. The UK, US and China are reportedly considering coming up with their own versions of the regional approach if the EU model is implemented successfully.

To increase bunker market share, according to sources cited by Reuters.

IBIA Supports Local Needs With the Forming of Regional Boards

IBIA board member and Fratelli Cosulich CEO Timothy Cosulich sets out how the industry organisation's new regional boards will work.