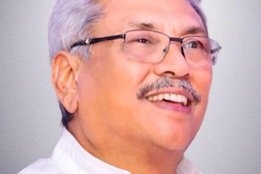 Long running ambitions of Sri Lanka's port of Hambantota being turned into a bunkering hub have once again fallen on uncertain times after new President Gotabaya Rajapaksa says control of the strategic port should not have been given to Chinese interests.

“The strategically important, economically important harbor, giving that is not acceptable. That we should have control. We have to renegotiate," President Gotabaya Rajapaksa was quoted by local media as saying.

"Giving a terminal for an operation is a different thing, giving some location to build a hotel is different, not the control over a very important place, it is not acceptable. So that is my position."

A previous state-run effort to provide bunkering at the Chinese funded port was short-lived and infamously unsuccessful, ending in 2015 when irregularities resulted in a $19.9 million loss for the venture.

With the port as a whole struggling, control was handed to Chinese interests in 2017 via a 99-year lease agreement.

The port's economic prospects have improved significantly since then, with some $24 billion in refinery projects having been approved and bunkering operations handed to Sinopec, also known as China Petroleum & Chemical Corporation, who themselves say they want to turn Hambantota into a bunkering hub.