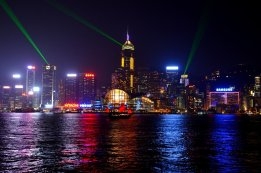 Bunker sales at the Chinese port of Zhoushan rose by 25% to reach 348,500 metric tonnes (mt) in March from the previous month.

Spot sales of low-sulphur bunker volumes in the port as reported to price reporting agency Argus Media were at a record high of nearly 49,000 mt in March, according to the agency.

Spot volumes reported to Argus for Shanghai and Hong Kong have also seen increases.  In March, a record high of 27,500 mt was reached in Shanghai and 32,300 mt was seenin Hong Kong, the agency said.

The Sierra Leone-flagged bulker Razoni departed Odessa on Monday with a corn cargo to be taken to Lebanon.

About 2% of the VLSFO samples analysed by Verifuel in the second quarter of 2022 were found to be off-specification.

Kim Post Hansen has joined the firm's Hovedstaden office as a senior energy specialist as of this month.