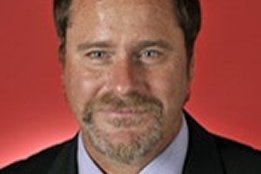 A proposal in the Australian Senate this week to label scrubbers as "cheat devices" has been narrowly defeated.

On Thursday, Australian Greens Senator for Tasmania, Peter Whish-Wilson, proposed the move as part of an amendment to a Bill transposing MARPOL Annex VI IMO2020 rules into local law.

The amendment sought, amongst other things, to add text that would have officially noted that "open-loop exhaust gas cleaning systems or scrubbers have been described as 'cheat devices'" and that "a range of jurisdictions" have implemented restrictions on open-loop scrubbers.

The motion was defeated 31 for to 33 against with 6 pairs.

Despite objections to the technology from some quarters, using scrubbers and continuing to burn HSFO is not only permitted under IMO rules, but the technology's use as part of the compliance picture was fully anticipated in the official Fuel Availability Study that led to IMO's decision to implement the new global 0.50% sulfur cap from January 1, 2020.

The Bill, Protection of the Sea (Prevention of Pollution from Ships) Amendment (Air Pollution) Bill 2019, was ultimately passed.