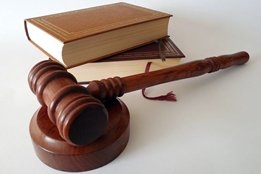 The Bill, Protection of the Sea (Prevention of Pollution from Ships) Amendment (Air Pollution) Bill 2019, was introduced into the House of Representatives on September 18 and passed by the Senate yesterday, government records show.

Like all signatories of Annex VI Australia is obliged to enforce the global 0.50% sulfur cap from its January 1, 2020 start date, but authorities have little clout to do so until the rules have been transposed into national laws.

In September, IBIA Director, Unni Einemo, said "many countries" had yet to do this.

As part of its preparations for the new cap, The Australian Maritime Safety Authority (AMSA) this week also issued updated guidance on IMO2020 compliance.

FONARs filed in January mentioning compliant fuel shortages in Brazil mostly referred to ports where Petrobras does not operate.

The ship is due for delivery in early 2022, and will subsequently be chartered by Shell.