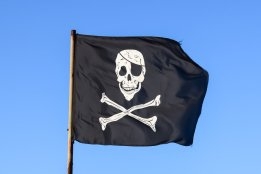 Two ships plying the Singapore Strait experienced pirate attacks in the space of an hour, according to regional piracy reporting agency ReCAAP.

In one of the incidents engine spare parts were stolen.  Both incidents took place on Sunday.

The attacks bring the total number of reported attacks in the Singapore Strait to six this year.

There were 83 incidents last year including 11 attempted pirate attacks.

The majority of these attacks were classed by ReCAAP as category four which means that the attackers were not armed and that no crew were hurt.

DNV GL anticipates a significant pick-up of both interest and investments in all alternative fuels in 2020.

The ships will be fitted with a hybrid system including 500 kWh of energy storage, allowing them to operate with zero emissions while in port.