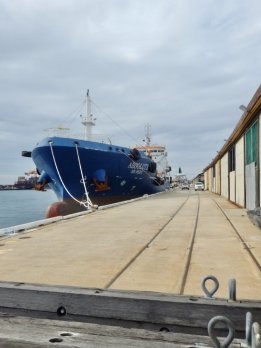 The barge carried out its first bunker delivery for BP on April 23. Image Credit: ASP Ships

Global energy supplier BP has taken on a new bunker barge in Australia, according to its owner.

BP has chartered the MT Absolute I to supply bunkers in Fremantle, Kwinana and at local anchorages, the ship's owner, ASP Ships Group, said in an emailed statement Tuesday.

The 8,646 dwt ship can carry three grades of fuel, was launched in 2019 and has now been reflagged before being chartered by BP, ASP said.

The barge has replaced BP's previous vessel covering the area, the Vacamonte, and completed its first bunker delivery there on April 23.

The barge will supply very low sulfur fuel oil and marine gasoil, according to the statement.

Hundreds of Scrubber Retrofits Could be Cancelled: Clarkson

Upto to 700 installations could be dropped or postponed.

Over the past two weeks the discount for very low sulfur fuel oil at Mumbai to Colombo's levels has widened by $21/mt, reaching $42/mt on Thursday, according to Ship & Bunker pricing.