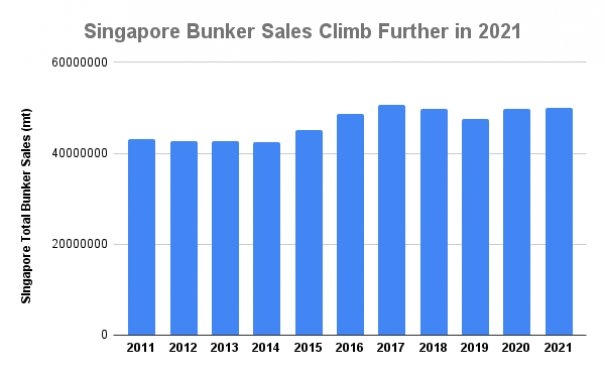 Bunker sales in Singapore reached a four-year high in 2021 despite a slowdown last month, with the annual total coming just 11,000 mt short of 50 million mt.

The average stem size was about 1,329 mt last month.

Total demand in the city-state's waters, the world's largest bunkering hub, slipped to 4.2 million mt in December, according to preliminary data from the Maritime and Port Authority, down by 1% from the previous month and by 2.6% from the same month a year earlier. 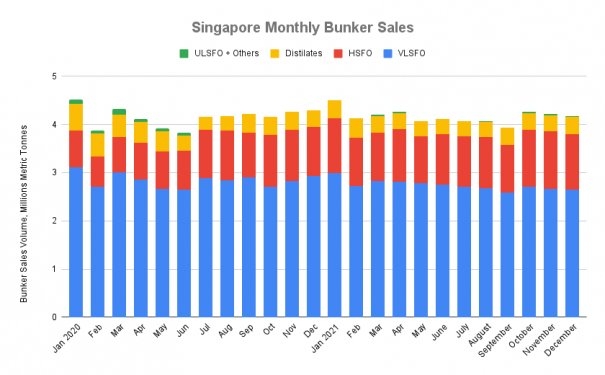 The demand figures show a continued cooling-off in Asian bunker markets at the end of last year with renewed concerns over COVID-19 at key ports in the region. Singapore's sales have dropped for two straight months after reaching their 2021 high of 4.3 million mt/month in October.

There were 3,144 vessel calls for bunkers in December, 2.1% lower than the level seen a month earlier. That left the average stem size last month at about 1,329 mt, compared with the 12-month average of 1,268 mt. 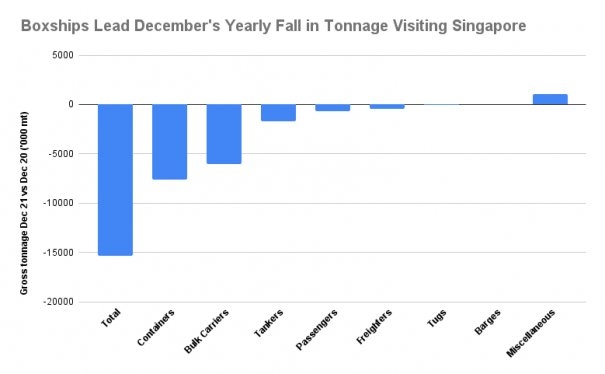 The total gross tonnage visiting Singapore in December dropped by 6.3% on the year to 229.8 million mt. This decline was led by the container segment, which lost 7.6 million mt, and by a 6 million mt drop in bulker tonnage.

Tanker tonnage lost 1.7 million mt on the year in December.

The Covid strains are providing a series of diminishing impacts.

The firm is looking for candidates that can manage a profitable book with a consistent performance.

The firm plans to contribute about 500 million yen ($4.4 million) to the fund.