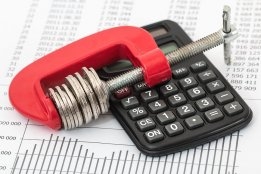 Some smaller independents may scale down operations as a result, according to price reporting agency SP Global Platts.

Tier-2 bunkering companies are seen to be the most vulnerable.

"The narrowing price spread between marine fuel 0.5% S bunker sold on a delivered basis and on an ex-wharf basis has been cutting into margins, especially for smaller-sized sellers involved only in the delivered bunker trade," market sources were cited as saying in the report.

Platts data shows that the spread between ex-wharf and delivered bunker prices has lost around $2 per metric tonne (pmt) in September over July and August to be just under $4 pmt.

A margin of $5 pmt is usually considered by market players to be the minimum to cover operational costs.

The ships will have dual-fuelled engines that can run either on methanol or conventional bunkers.