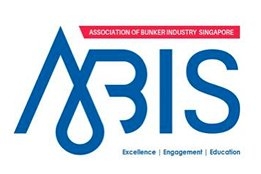 The Association of Bunker Industry (Singapore) (ABIS) has announced it will be holding its first bunker industry forum.

The "2020: Are You Prepared?" event takes place from 12:00 to 16:30 on November 26 at Novotel Clarke Quay and will be moderated by Douglas Raitt, the regional consultancy manager at bunker fuel analysis and advisory service firm Lloyd's Register FOBAS, Singapore.

The event is designed to help shipowners, operators, and general members of the marine fuels industry at the republic prepare for IMO 2020.

"Among topics covered by this industry meeting are IMO 2020 compliance, and also the role which bunker surveyors can participate in order to protect buyer interest," says Daniel Phua, President of ABIS.

The event also hopes to open industry dialogue with the republic's industry players "who may be looking for local representation."

ABIS was established in 2016, with ABIS honorary secretary Kwok Fook Sing noting at the time "we have never had a bunker association registered in Singapore before this."

"Our raison d'être stems from the lack of a local trade association fully specialising in marine fuels at Singapore port; hence, the formation of ABIS," said Phua.

"We view this event as an opportunity for us to engage with local industry players and understand their respective concerns heading into IMO 2020.

Relentless Covid Headlines Cause Oil To Dip, Traders To Worry About A Stalled Economic Recovery

The virus is said to be causing energy giants to reposition their investments.