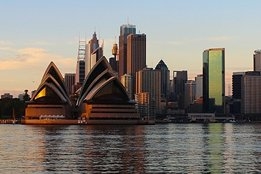 The compliant fuel is currently being tested with customers, the company has said.

Marine fuel used in Australian waters is current 3.5% sulfur bar restrictions in some ports. From the start of next year, the sulfur cap on bunker fuel for global shipping falls to 0.5%.

The rise comes "because there's more processing and higher value components go into it", Heyns was quoted as saying by Australian news provider ABC.

"But it's really unclear how much that'll be," he added.

Market observers put the premium of IMO2020 compliant fuel oil over high sulfur fuel oil at around $200 per metric tonne or higher.

As many as 70 ships are queuing off the coast of Santos, having come to Brazil to take advantage of a strong harvest there.