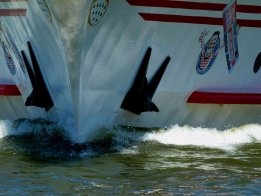 Methanol marine fuel should get a boost from a new consortium of firms which want to "commercialise medium and high-speed methanol-fuelled engines" for shipping.

Three ships -- a harbour tug, a pilot boat, and a coast guard vessel -- are at the centre of the project which aims to show the feasibility of using methanol bunker fuel.

In addition, a conversion concept for a river cruise ship using methanol-driven propulsion will be developed as well as a universal, scalable retrofit kit for converting diesel fuelled ships to methanol use.

Fastwater has secured funding from the European Commission.

The company is seeking candidates with excellent written and spoken English and Greek.