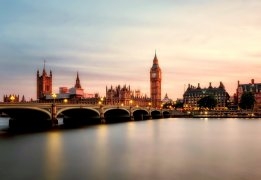 The new hire is based in ElbOil's London office. File Image / Pixabay

Sukh Sanghera joined the firm's UK operation earlier this month as a bunker trader, according to an update to his LinkedIn profile this week.

Sanghera had previously worked as a marine fuel sales coordinator for bunker supplier Greenergy in the UK for the past two years.

ElbOil's London office specialises in sales in the UK and the Russian Far East, according to the company's website. The firm opened its UK operation in 2016.

ElbOil has offices in Hamburg, Jesterburg, Zug, London and Singapore. The company has supplied bunkers to a total of more than 10,000 vessels, according to its website.

The company is looking for candidates with at least one year of experience in sales, oil and gas or shipping.