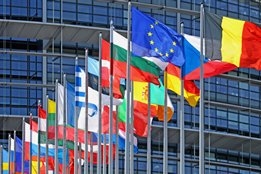 Non-compliance with European Union legislation on low-sulphur fuel is running at 5% in the sulphur emissions control area (SECA) and 8.5% in the North Sea, according to Brussels Environment Commissioner Karmenu Vella.

An "initial assessment" of port inspection figures for 2015 indicates that the average compliance rate was "about 95%", said Commissioner Vella in response to a parliamentary question by Euro MPs.

There were variations within the SECA, said the Commissioner. "Non-compliance in the North Sea is higher (8.5%) due to the proximity to the SECA entrance, which leads to a higher number of fuel 'change-over' operations by ships to comply with the SECA requirement," he wrote.

The Commission was basing its assessment on 6,800 port inspections. Official data from the EU coastal states are due to be sent to the Commission by the end of June, after which there will be a formal compliance assessment, the Commissioner said.

The 5% non-compliance figure, which is in line with International Maritime Organization data, is close to the 6% figure that was circulated in the European Sustainable Shipping Forum last year but is significantly higher than the official non- compliance figure of just 1% given by the European Maritime Safety Agency last June.

EMSA refused to lift the lid on its methodology at the time, leading to accusations of a lack of transparency.

Danish giant Maersk has been lobbying for tougher sulphur inspections. Fines for non-compliance are not large enough to dissuade cheaters, Maersk believes, and inspection regimes have gaps.

While ships arriving at ports in the SECA risk inspection, they could in theory switch to non-compliant fuel with impunity as soon as they leave port.

There is however no uniform industry position on inspections. The European Community Shipowners' Association is notably not asking for a tougher regime. The Trident Alliance, a group of owners with an interest in strict enforcement, has been less active over the last year.

The Dutch transport inspectorate claimed that "more than 10%" of seagoing ships were non-compliant with the EU law in an article quoted by the Dutch Liberal MEPs who tabled the question: Gerben-Jan Gerbrandy and Matthijs van Miltenburg.

The Commissioner said fines for non-compliance were "not uniform" across the EU. Fines are supposed to be large enough to be dissuasive, though precise fine levels are a national government prerogative.

Compliance issues are important in the context of the upcoming worldwide low- sulphur rules, which are expected to have a much bigger impact than today's SECAs.

The Maritime Watch is an independent agency providing exclusive news, market intelligence and commentary on European Union regulatory affairs. Subscribers receive up-to-the-minute, in depth coverage of regulatory threats and opportunities emanating from the EU institutions in Brussels, Luxembourg and Strasbourg.

It is the only service that can boast full-time, dedicated professional coverage of maritime EU affairs. The service focuses on market-sensitive information and is aimed at companies trading with and within Europe.

The website is updated constantly throughout the legislative cycle. Information is sorted according to three categories: intelligence reports, news and rumours. News and rumours are typically uploaded or updated several times a week, depending on legislative activity. These articles feed into the intelligence reports, which brief subscribers on past and present developments in specific policy areas.

The company took delivery of the Costa Toscana at the Meyer Shipyard in Turku last week.

MOL and Vopak are set to jointly own and operate the FSRU Bauhinia Spirit in Hong Kong.