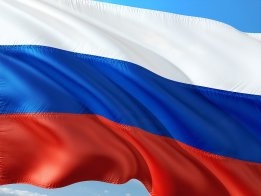 The next step for Russian energy producer Gazprom Neft's marine fuels unit is set to be an expansion of its activities around LNG bunkering, according to the firm's CEO.

"Our next step in bunkering is going to be moving into the LNG bunkering sector," Alexander Dyukov, CEO of Gazprom Neft, said in a statement in the latest edition of the company's magazine, Sibirskaya Neft.

"Gazprom Neft was the first company in Russia to start building its own LNG bunkering vessel – which has already been successfully put to sea, for commissioning, we expect, later this year."

The company's LNG bunker barge, the Dmitry Mendeleev, is due to undergo sea trials in the spring of 2021 before joining the company's fleet in the second half of this year, serving ships in the Baltic and the Gulf of Finland.

Meanwhile the firm's conventional bunker sales dropped significantly last year because of the IMO 2020 transition and the COVID-19 pandemic, sinking by 40.8% to 1.7 million mt.

The two firms have signed a memorandum of understanding to use Puget's terminal to supply GAC's customers in the Pacific Northwest.