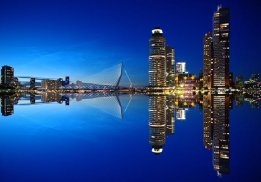 With many global markets witnessing a sharp drop in bunker sales, volumes at the Port of Rotterdam remained relatively flat in 2020 Q2, the latest official data shows.

While the slight volume dip is in line with some of the other major bunkering hubs such as Singapore, the performance will no doubt be viewed as an extremely positive one given the sharp decline in global volumes.

In recent months, some key markets have seen sales drop as much as 30% as a result of measures put in place to address the COVID-19 pandemic.