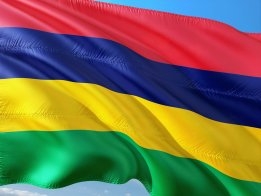 The company will seek to develop Mauritius as a bunkering hub. File Image / Pixabay

Marine fuel supplier Bunker One is set to launch a new physical supply operation in Mauritius.

The company aims to start supplying bunkers at Port Louis at anchorage and in port from the fourth quarter of this year, it said in an emailed statement on Thursday.

The firm has acquired terminal capacity from Vivo Energy Mauritius, and will work with them on the operation.

"We are extremely pleased to now have our entire supply chain operating on the East African coast," Mads Borggaard, managing director of Bunker One Africa, said in the statement.

"We have implemented the same robust setup in Port Louis as we have on the west coast of Africa, meaning controlling the entire chain from blending, freighting, hedging, and storing to delivering Bunker One's products to our clients.

"Supply locations on both sides of Africa is a natural progression for Bunker One.

"We aim to position Port Louis as a key regional bunker hub to ships calling and passing Mauritius."