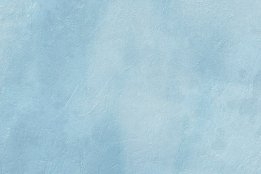 Environmentalists have called on Arctic countries to eliminate heavy fuel oil (HFO) from the Arctic region.

The call, from a group of non-governmental organisations (NGOs), comes ahead of an Arctic Council meeting set for this week.

Clean Arctic Alliance's Sian Prior said the meeting was "a unique opportunity" for foreign ministers to act.

Citing Norway's extension of an existing heavy fuel oil ban in Svalbard's waters, Prior said the Arctic nations must "move faster and more effectively than the International Maritime Organization... if progress is to be made in dealing with the impact of shipping in the Arctic and protecting the remaining Arctic summer sea ice", according to maritime news website Shipinsight.

But the proposed Arctic heavy fuel oil ban will not be fully effective until mid-2029, according to the NGO argument. In the meantime, the region would carry the risk of fuel oil spills and see a rise in black carbon emissions from ships, they say.

Although shipping's black carbon emissions are small, they carry a greater heating impact as they hang lower in the atmosphere and are more likely to fall on ice and snow compared with other black carbon sources.

A Carbon Tax for Shipping: The Hard Path Of Good Intentions

If recent estimates are accurate, a carbon tax for shipping could mean companies simply may not be able to afford to buy fuel oil any more, writes Delta Energy's Chris Morgan.

Propulsion Dynamics has been working on vessel performance optimisation since its launch in 2002.

The chemical and clean products tankers Provident and Progressive will be the fifth and sixth dual-fuelled vessels capable of running on methanol in Proman's fleet.