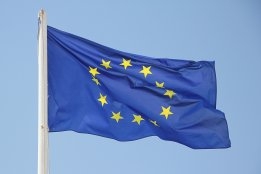 The European Union is seeking to add shipping to its emissions trading system. File Image / Pixabay

Industry body the European Community Shipowners' Associations (ECSA) has recommended that the EU makes it mandatory for bunker suppliers to sell zero-carbon fuels as it starts to charge the shipping industry for its carbon emissions.

The European Union is seeking to add shipping to its emissions trading system, making the industry pay for its carbon emissions as an incentive towards reducing them. In a statement on its website on Monday the ECSA said the money raised through a market-based measure (MBM) along these lines should be used to make zero-carbon fuels cheaper for shipping, and that fuel suppliers should be required to make these products available.

The EU should "establish a fund under an MBM and use the revenues to finance R&D projects and to bridge the price gap between new and conventional fuels," the ECSA said.

"At the same time, incentivise and require fuel suppliers to include a certain percentage of low- and zero carbon fuels in their offering by introducing sub-targets and a higher multiplier for low- and zero-carbon fuels under the Renewable Energy Directive."

A legal requirement to sell a certain percentage of zero-carbon fuels would be a heavy regulatory burden for the bunker industry. Physical suppliers across Europe would need to make significant investments to build the necessary infrastructure to deliver the new fuels, with no guarantee of returns on those investments until demand for them starts to appear at ports across the region.

Incentives to sell these fuels would be much easier to cope with, allowing those suppliers that are ready to start diversifying into alternative fuels the financial space to do so.

"Introducing the right incentives and requirements for fuel suppliers in order to make low- and zero-carbon fuels for shipping available in the market is a prerequisite for the decarbonisation of the sector," Martin Dorsman, secretary general of the ECSA, said in the statement.

"As with the uptake of all new fuels, the chicken-and-egg dilemma can only be addressed by the introduction of appropriate requirements for fuel suppliers.

"A fund under an MBM could support the uptake of these fuels."

Quah Ley Hoon, CEO of the MPA, was conferred Knight of the Legion of Honour earlier this week for her role in transforming Singapore and building maritime ties between France and Singapore.