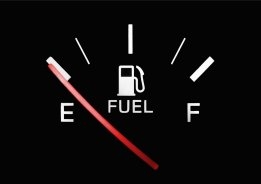 Inventories of heavy distillates and residues at Fujairah dropped by 11% last week, according to data from the Fujairah Oil Industry Zone and price reporting agency S&P Global Platts.

The stocks -- including both high- and low-sulfur bunker fuels, as well as fuel oil for power generation -- fell to 10.45 million barrels in the week to Monday, according to data published Wednesday.

Falling prices at Fujairah and the Lunar New Year lull in the Singapore market may be boosting bunker demand at the Middle Eastern hub.

Fujairah's very low sulfur fuel oil prices have been becoming more attractive relative to Singapore, dropping from a premium of $70.50/mt to Singapore's levels on 27 December to a discount of $4/mt by Tuesday, according to Ship & Bunker pricing.

Goldenbeck is now listed as Dan-Bunkering's sales manager in Middelfart.